Yesterday, on the closing evening of the festival, the awards for the best films were announced according to the decisions of the jury and the votes of the audience. Here are all the winners, through the words and motivations by our jury members. Congratulations to all the directors and their casts & crews!

“Golden Owl” Award for Best Short Film by the Jury / „Златен був“ за најдобар краткометражен филм според жирито
WARSHA by Dania Bdeir, FR/LB, 16′
“Mature screenwriting, cinematically seductive, and content-wise, “Warsha” is a film about defiance that rediscovers the relationship between the world and our little twisted worlds. The transformation, however imaginative, takes place on the island of freedom, which for the world is often considered tragic and dangerous. The director, Dania Bdeir, with an innovative author approach, conveys to the viewer a “quote” from the most frequent philosophical topic, which is freedom.”

Special Mention “Stefan Sidovski – Sido” / Специјално признание „Стефан Сидовски – Сидо“
A QUIET MEN by Nyima Cartier, FR, 14′
“The Silent Man” is a philosophy for every person-everyman who daily faces unempathy and moral color blindness. He unobtrusively asks the questions how to scratch the dormant conscience and what is it that can upset today’s man.”

“Golden Owl” Award for Best Feature Film by the Jury / „Златен був“ за најдобар долгометражен филм според жирито
CLARA SOLA by Nathalie Alvarez Mesen, SE/CR/BE/DE, 106′
“In the symbolic language of magical realism, the film impressively shows Clara’s struggle for self-determination, in which her experience of nature is central. This is also the source of the philosophical meaning and poetic novelty of this film: a deep empathy with all living things.”

“Golden Owl” Award for Best Feature Film by the Audience / „Златен був“ за најдобар долгоометражен филм според публиката
AFTER LOVE by Aleem Khan, UK, 90′
The awards ceremony was followed by a screening of the Turkish film “Something Useful” by director Pelin Esmer, followed by the first PFF Dialogue with director Esmer and professor Serdar Ozturk from Turkey, where for a direct connection was made through dialogue between the philosophy of one side and the film on the other. The audience joined the discussion, which was followed by comments, questions, and analysis of the film and the points that emerged from the philosophical threads in it. 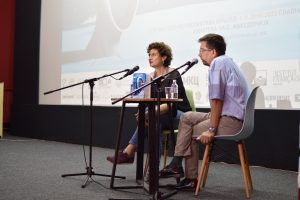 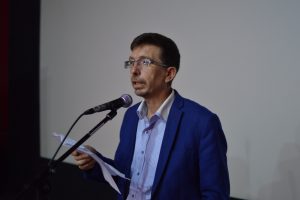 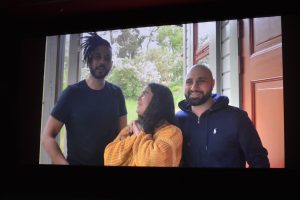 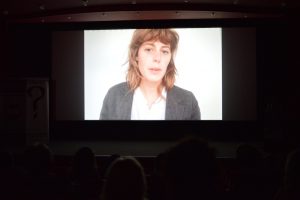 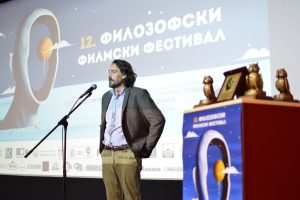 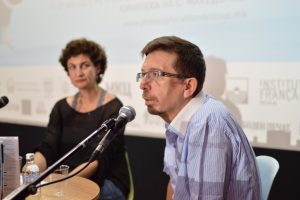 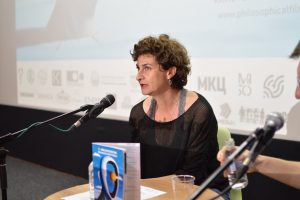