How would a philosophical practice with children inspired by the film look like?
And, how in the Franch “City of Philosophy”, Romainville, philosophy is practiced with citizens from all age groups and various life professions in the “House of Philosophy”?
Finally, what are the benefits of practicing philosophy with children, discipline, and practice that UNESCO heartily recommends and encourages?

Special guest of the Educational Programme: 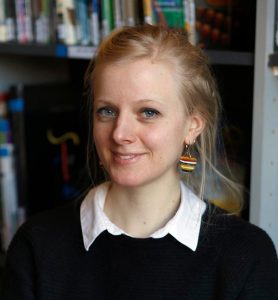 Johanna Hawken  (France) is Ph.D in Philosophy and practitioner whose passion for the philosophy and the world of children are connected through her conviction of the possibility to create philosophical education for children (at the age of 5-16). Lead by this conviction, from 2009 she organizes philosophical workshops all over France, especially in Romainville (east Paris) where she creates the “House of Philosophy” (Maison de la philosopie) – experimental structure dedicated to philosophical practices with different groups of citizens. Hawken has published several books in the field of philosophy for children, and every single one of them reflects her believe that philosophy can be useful for all children, by enabling them to really meet alterity, in the setting of a collective reflection, a dialogue about our shared existence.

09:00 – 10:00
Philosophy workshop for children: “Is imagination powerful?“ (closed event)
Practical demonstration with children at the OU “Dimitar Miladinov” with the French language class

Intro: „Philosophy for children and the exploration of worlds“
Faculty of Philosophy, University “Ss. Cyril and Methodius” – Skopje

A theoretical introductory lecture in P4C, its significance in the world and sharing the experience of introducing the practice of philosophy with children in Romainville (The House of Philosophy) with the Special guest in the Educational programme of PFF – Johana Hawken, Ph.D.

An introductory workshop for the practice of philosophy with children in Macedonia for young researchers, students, teachers, and other educational stuff interested in developing critical thought in children from the youngest age by using picture books, games, audiovisual materials, and short animated films. Philosophy for Children as a discipline is widely promoted in the world by UNESCO, and the Workshop which will be the first workshop of this kind in Macedonia will be able to receive 20 participants. (the first workshop was held at 2018 PFF with David M. Larsson, Denmark).

FICTIONAL WORLDS, REAL WORLDS: PHILOSOPHY FOR CHILDREN THROUGH THE CINEMA 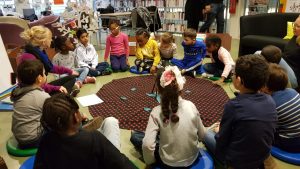 Very often we think of philosophy as a rational, serious and hermetic discipline that reflects in an abstract and stiff world. But, in reality, philosophizing, especially with children, is an inquiry of question that we all post to ourselves – questions about life, about the world, about people. Besides philosophy, also the cinema questions about existence, but through fiction. Through his fictional, playful and explorational form it represents a pesiouse base for initiating the philosophical practice with children. 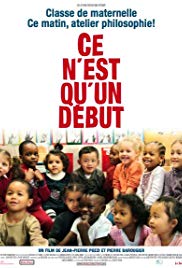 JUST A BEGINNING follows a nursery school class for a period of two years. But this is a very unusual class as the children, aged three to five study… philosophy! Seated in a circle around a ritually lit candle, the children, in a fresh, funny and sometimes merciless manner, approach the universal subjects of love, power, difference, growing up, death, etc. Little by little the philosophy workshop becomes a privileged moment where each child reflects on the words of the other, learns how to listen and to build a discourse. From now on they will be able to think for themselves! With their emotions, their unusual expressions and their contradictions, the children of this nursery school deliver a single testimony on an innovative experiment. “Just A Beginning” is the fabulous true story of a school with an eye on the future.

An encounter with philosophy through film for the youngest, first of this kind in Macedonia. The moderator, Martin Popovski (Ph.D. in Philosophy) will apply some of the techniques in an experimental film-philosophy class with children from the International Franch School EFIS from Skopje, after watching a short animated film together inspiring a creative and critical reflection on some of the topics in the film.