The 7th edition of the Philosophical Film Festival (trailer) was held from 30.03-07.04.2017 in the Cinematheque of Macedonia and it was the first international edition of PFF. After many years of work and a lot of enthusiasm, the dream got fulfilled: a nine-day festival, with a rich and diverse program meeting the different tastes of our specific public, with domestic and international guests (university professors & film directors), numerous philosophical debates, an educational program offered to students throughout the country, and the travelling cinema of the festival, the PFF Caravan, bringing part of the atmosphere and program of the festival to four other cities. The Festival in its 7. edition continued expanding the horizons of the new discipline film-philosophy and its practical application with the public (this being a pioneering effort in the country and the region of this kind and one of the rare ones worldwide), promoting film literacy and inspiring the study of philosophy through film, strengthening critical and creative thought (especially in young audiences) and contributing to the development of civil society in Macedonia. By internationalizing the Philosophical Film Festival, the Philosophical Society of Macedonia as organizer of this this transdisciplinary project has also started establishing connections in the area of film-philosophy in the region and the world with a broader aim: contributing to the advancement of the theoretical study and practical applications of film-philosophy worldwide, and bringing researchers and practitioners from both fields closer through an intensive exchange between the two areas.

The programme of PFF 2017 was comprised of three parts: Main Programme, Educational Programme and PFF Caravan. In addition to this, as part of the project a “Film & Philosophy” special thematic issue of the Macedonian philosophical journal Philosophical Debate was published, the first publication of this kind in the Republic of Macedonia. Furthermore, a presentation of the Creative Europe MEDIA sub-programme was held as part of the Festival organized by Creative Europe Desk MK. 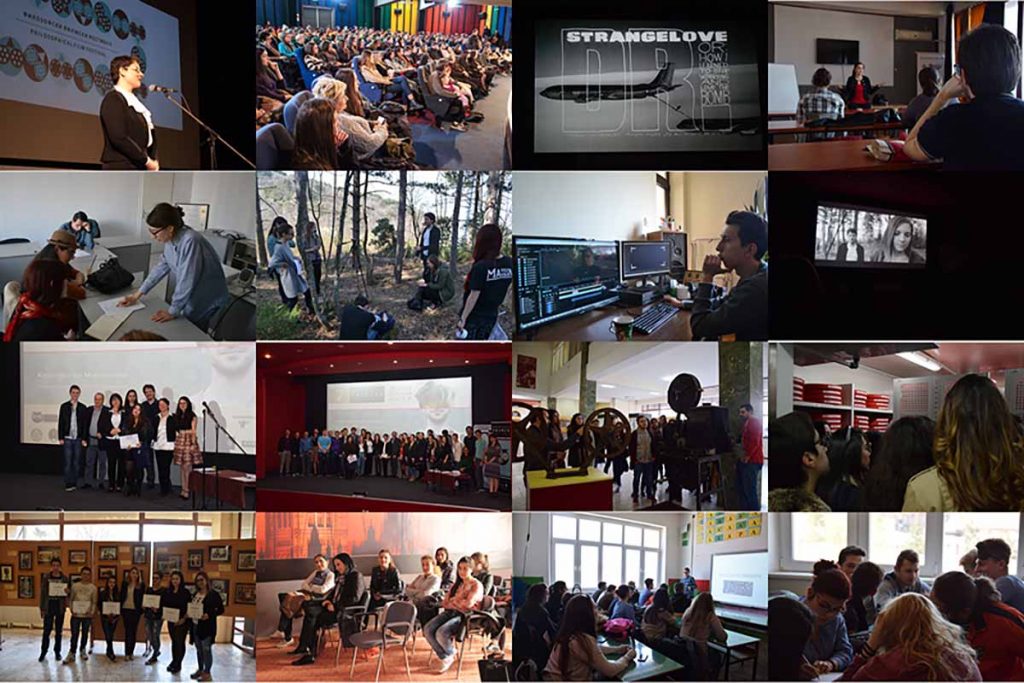 The Festival, as every year, unofficially opened with the Educational Programme (EP) in February 2017. A projection of Kubrick’s masterpiece ‘Dr. Strangelve’ (1964) was organized in the Youth Cultural Center in Skopje and nine high schools from Macedonia took part in the projection of the traditional “video book” of the festival and the Competition for Best High School Filmosophical Essay. This year the topic of the essay was “Technology, Power and (Self-)destruction: Can we control the effects of our own findings?” and the Festival received 72 high school essays inspired by “Dr. Strangelove” and the proposed topic. During PFF’s Main Program an Awards ceremony was held for the EP and the three best essays have been awarded with one-year scholarships from the University of Audiovisual Arts EFTA, financial awards by one of our donors, philosophical literature, philosophy journals by the Philosophical Society of Macedonia and DVDs from the Cinematheque of Macedonia. As part of the educational program in Skopje the festival also offered a 5-day Youth Workshop “From Idea to Premiere” with director Ana Opacic as part of which the students have created a short film ‘Shattered Visage’ directed by Mario Petkovski. The premiere of the film was screened at the closing ceremony of PFF 2017. Also, as a part of the EP in Skopje the lecture “The Aesthetical in Film” was given by Mimoza Rajl, PhD from the University of Audiovisual Arts in Skopje (EFTA). 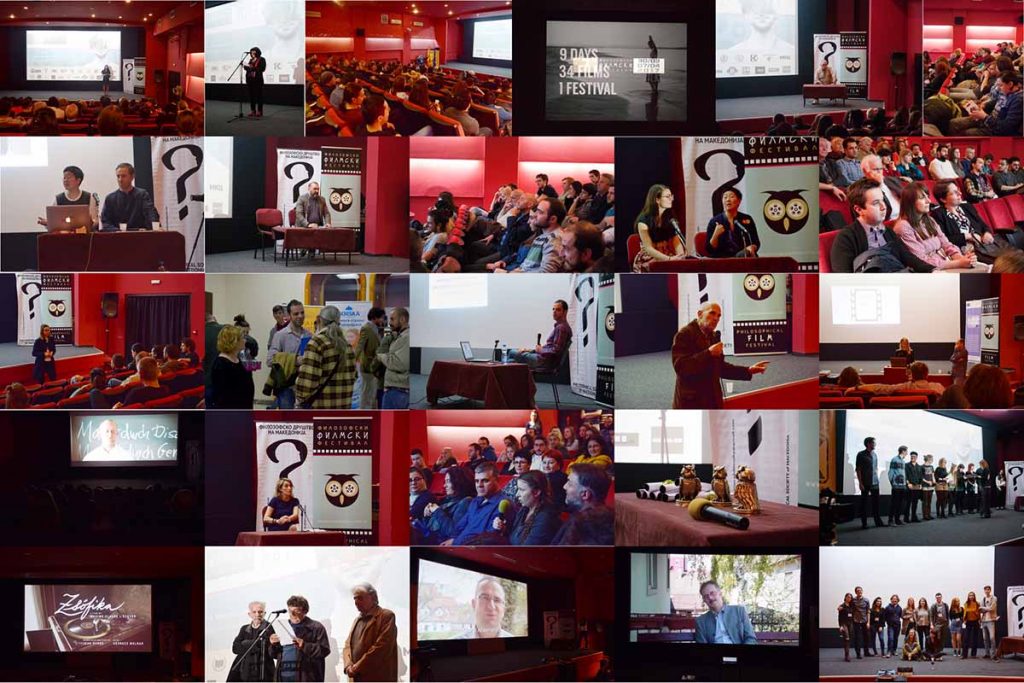 The Main program of PFF 2017 alwazs takes place in the capital of Macedonia – Skopje in the first half of April. Besides the Special Screenings: Film meets Philosophy the festival, in 2017, was enriched for the first time with a competitive selection of feature and short films. The two selectors of the Festival – Prof. Kiril Trajchev (Official Selection of Feature Films) and film director Ana Opacic (Official Selection of Short Films), have selected from many submissions seven feature films and fourteen short films, working on the crossroads between film and philosophy. Over the course of seven days, the public in Skopje had a chance to see films from all corners of the world (Kyrgyzstan, Austria, Greece, Moldova, Iran, Georgia, Poland, Spain, etc.) and also take part in the Best Feature Film and Best Short Film awards on through the Audience Award. Both, the Jury Award and the Audience Award for Best Feature Film on PFF 2017 went in the hands of the Georgian director Giorgi Abahisvhili for his film ‘All About People’, a Georgian-German co-production. Giorgi Abashishvili and Miriam Steen (co-scriptwriter of the film) came to Macedonia on June 4, 2017 for a Special projection of ‘All About People’ in the Cinematheque of Macedonia on which they received their “Golden Owl” awards. In the Short Films selection, ‘Zsofika’ by Maxime-Claude L’Écuyer got the Jury Award for Best Short Film, ‘Limbo’ by Konstantina Kotzamani received a Special Jury Recognition and ‘Spring Flood’ by Jeannice Adriaansens the Audience Award for Best Short Film.

As part of the Special Screenings: Film meets Philosophy, the Festival, in 2017, offered nine events – projections of films followed by philosophical reflections and discussions proposed by professors and film directors from Macedonia and abroad. The program was opened with Orson Welles’ masterpiece ‘Citizen Kane’ (1941) followed by a presentation by Prof. Dr. Lljubomir Cuculovski entitled “Revisiting” inspired by the film. Director Ivan Jović and scriptwriter Monja Jović from Serbia attended the Festival as guests with their film ‘The Healing’ (2014) and a Masterclass “The Theology of Film – Writing with Light in ‘The Healing”. Special guest on PFF 2017 was director Christine Cynn from Norway, an artist and film director whose newest documentary film “Shooting Ourselves”(2016) had its Macedonian premiere on the Philosophical Film Festival followed by a Q&A session with Christine Cynn. The film was part of the newly inaugurated PFF Doc. section of the Main Program in which the festival will try to present each year a philosophically relevant documentary and open up a Q&A session with the director and the public. Christine Cynn, well known as the co-director with Joshua Oppenheimer of the Oscar nominee “The Act of Killing” (2013), also offered a “Storyhacking Masterclass” for the film students. The festival continued with the projection of ‘Vanilla Sky’ (2001) by Cameron Crowe and a lecture by Asst. Prof. Dr. Vangel Nonevski on the topic “The Fiction of Cyberpunk as an Authentic Experience of Reality”; Selection of Short Films by Prof. Dr. Stefan Sidovski followed by a discussion with the professor; ‘Die Welle’ (2008) by Dennis Gansel and Prof. Dr. Jasna Koteska on the topic “The Wave: The Human Psychology and Authoritarianism”. At the end, the Festival was closed with the Awards Ceremony from the Official Selection of Feature and Short Films and the projection of the Macedonian film ‘Dust’ by famous Macedonian director Milcho Manchevski and a lecture by Prof. Dr. Dragan Prole, Head of the Institute of Philosophy in Novi Sad, Serbia on the topic “Aesthetics and Violence. On the film ‘Dust’ by Milcho Manchevski”. After each projection followed a philosophical reflection with the public which makes up the core of this unique film festival. 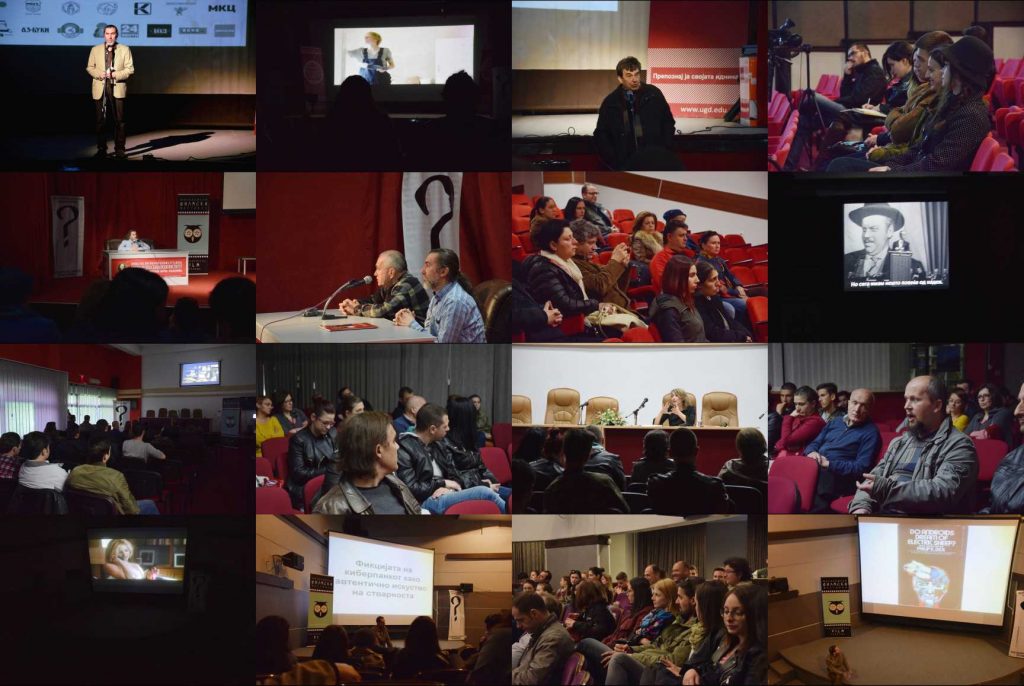 The PFF Caravan, as the travelling cinema of PFF, in 2017, brought part of the festival’s program and its atmosphere to a few other cities in Macedonia for the third time. It started its journey in Shtip on April 19 at the Film Academy of the University “Goce Delchev” – Shtip where the winning films of PFF 2017 were presented to the students and the public. On April 21 in collaboration with ISU ‘Gavrilo Romanovic Derzavin’ in Sveti Nikole PFF organized a repetition of ‘Citizen Kane’ as an inspiration for the talk of Prof. Dr. Ljubomir Cuculovski and the discussion with the public that followed after. The PFF Caravan continued on April 25 in Prilep in collaboration with the Macedonian philosophical web portal “Akindin” and Prof. Dr. Jasna Koteska on ‘Die Welle’. This “thinking-in-images”-cinema-on-wheels ended the 2017 festival program with a last projection in collaboration with Debate Cinema “Kontra Kadar” in Bitola. The presentation of Asst. Prof. Dr. Vangel Nonevski on the fiction of cyberpunk took place on April 26 and successfully closed the 7. Philosophical Film Festival.

To see VIDEOS of the lectures and discussions as part of the Main Program, click here.
(mainly in Macedonian, some in English) 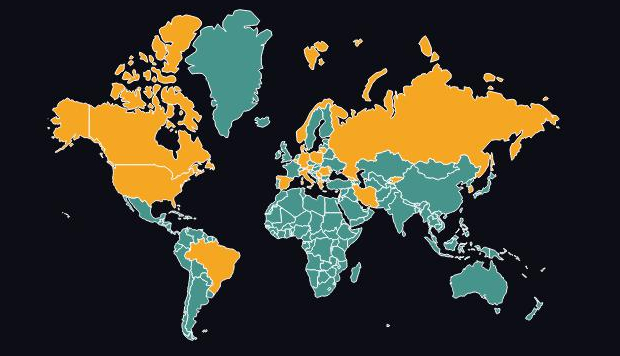