with introduction by Boshko Karadzov (professor and researcher), in Macedonian

What are we doing together? A recurring question for the students of the film group at Dora Maar middle school, and for Éric Baudelaire who worked with them over their four years starting in the 6th grade. Answering this political question – one that involves representations of power, social violence and identity – led them to seek a cinematic form that does justice to the uniqueness of each student, but also to the substance of their group. What are we doing together, if it is neither documentary nor fiction? A dramatic film, perhaps, where time does its work on the students’ bodies and discourse, and where we discover the possibility for each to speak in their own name by filming for others, and to become co-authors of the film and subjects of their own lives.

A DRAMATIC FILM embodies the transformative power of film and its unique possibility for self-reflection looking with eyes open wide to the world. The film premiered in Locarno’s Moving Ahead Competitive Program and was screened as part of Toronto’s Wavelength, Rotterdam’s Signatures, and many other festivals (New York Film Festival, Vienalle, DocLisboa, Ji.Hlava, Seville European FF, Mar del Plata etc.) 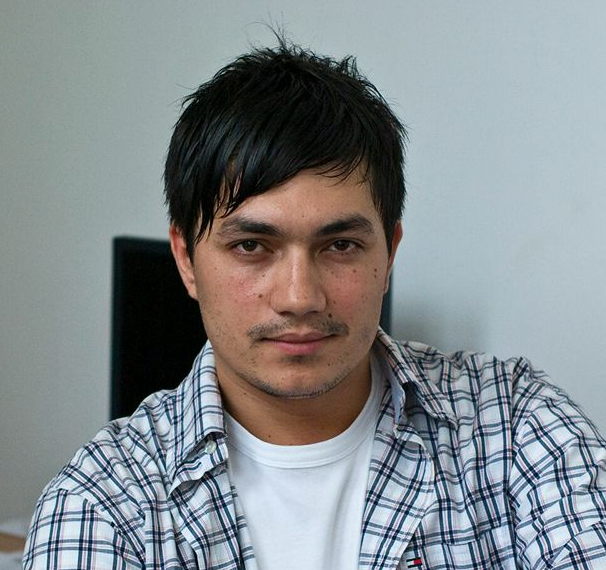 shko Karadzov is a philosophy professor and researcher. He holds a master’s degree and a doctorate from the Institute of Philosophy, University “Ss. Cyril and Methodius” – Skopje, in the field of contemporary epistemology and sociology of knowledge. For more than ten years he has worked as a university assistant, assistant professor and a professor of Philosophy, Political Philosophy and Methodology and Epistemology of Scientific Research, but also as an educator in Philosophy of Art and Pop Culture (comics) in several international youth educational programs and schools. Karadzov is the author of numerous scientific studies and authorized lectures; he is a research associate in the field of graphic literature and intermedial genres at the Department of Linguistics and Literary Science at the Macedonian Academy of Sciences and Arts.

Excerpt from the film:

Guy-Yanis: You keep saying that, but about what? There are films about everything.

Rabyatou: Everything we’ve filmed so far isn’t a documentary. There’s no voice-over saying “Here, you have…”

Guy-Yanis: So what’s it about then?

Rabyatou: So what do you think the documentary is about?

Guy-Yanis: About life in middle school.

Rabyatou: It could be a film about life in middle school.

Guy-Yanis: But is it dramatic, or a comedy?

David: Isn’t it about us?

Anida: It could be just expressing something.

David: You could say it’s a drama.

Rabyatou: OK… But we did foley effects!

Guy-Yanis: Wait, you’re telling me the film is a comedy or a drama?

David: Is that dramatic, yes or no?

Rabyatou: But we never described life in middle school: “Every morning, we wake up…” So it’s not a documentary.

David: It’s about how we felt the shock of sound disappearing. How we survived it.

Anida, Rabyatou: But it’s not a documentary!